ABOUT THE MARTUCCI FAMILY 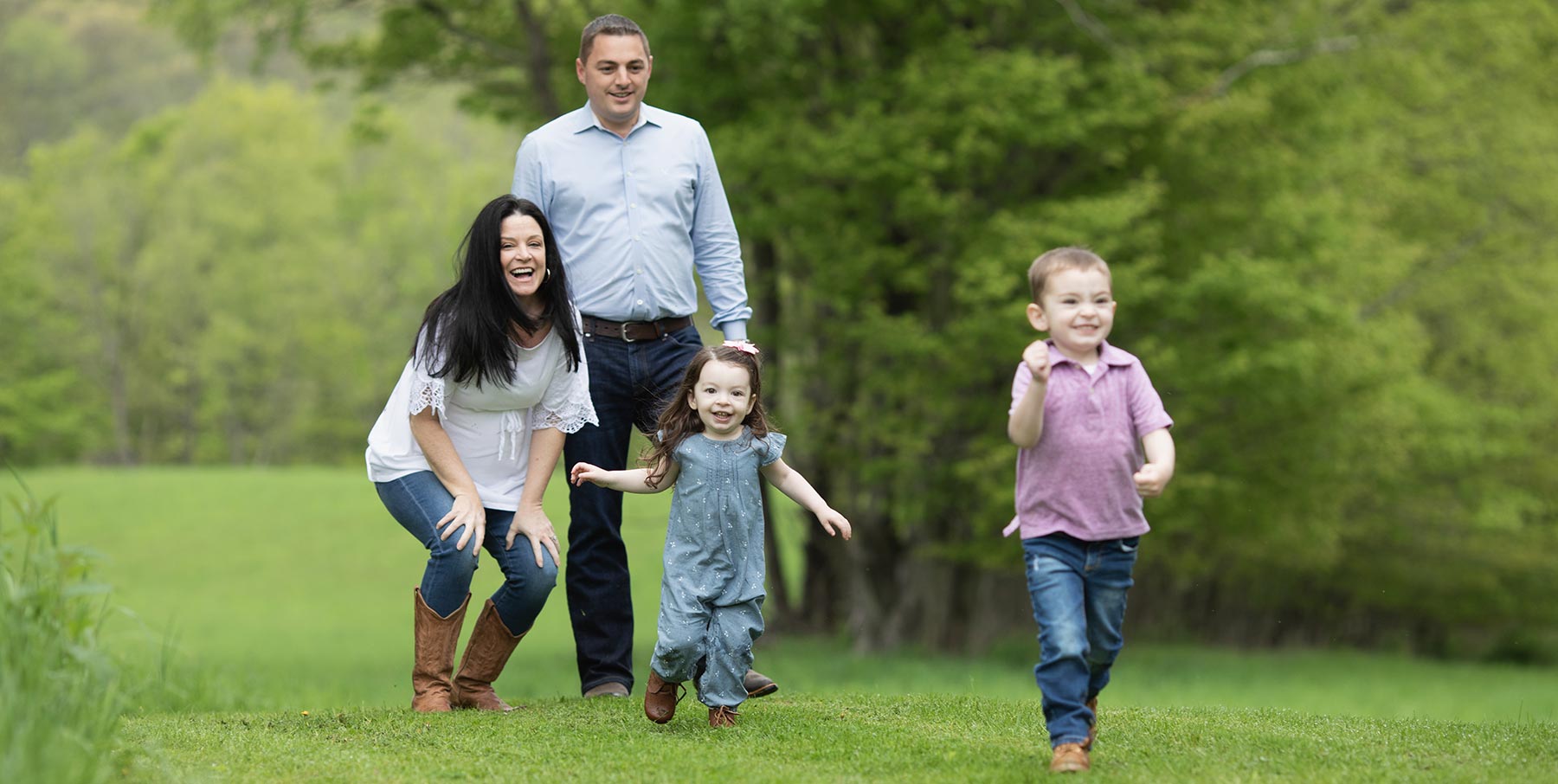 Michael Martucci and Erin (Bratton) Martucci are lifelong residents of the Hudson Valley and Catskills regions. Michael is a graduate of the Minisink Valley Central School District and Erin received her education from Pine Bush Central School District. After college, both returned to the Hudson Valley to begin their careers and start a family. Together, with their son, Michael Jr., and daughter, Elizabeth, Michael and Erin reside in New Hampton – the Town of Wawayanda – and own a family farm in Westtown. The Martucci’s are expecting their newest addition to the family in October.

In 2008, at the age of 22, Michael founded Quality Bus Services, LLC; an endeavor that began with the purchase and operation of a single school bus serving the Greenwood Lake Union Free School District. With a vision to provide safe, reliable and affordable school transportation, and his grandmother by his side, Michael began to build his business, which became one of the top 50 largest school transportation companies in the United States, employing more than 500 people and operating more than 350 school buses in the region.

Michael sold his business in April 2018 to spend more time with his growing family and focus on giving back to his community. Michael is a member of the Board of Directors and treasurer for the SUNY Orange Foundation, which provides scholarships for individuals seeking to attain a college education, and he supports the Community Foundation of Orange & Sullivan. Michael and Erin are also active members of St. John’s Church in Middletown; he is the president of the congregational council.

Erin worked as a school counselor for the Port Jervis City School District for 11 years before becoming a stay-at-home-mom to focus on family. It was through her work at Hamilton Bicentennial Elementary School that Erin felt called to address the needs of her local community. She recognized the struggles her students were facing, including poverty, hunger and homelessness, and saw the widespread impact these issues have on children. Erin and her family were also directly impacted by the tragic events of 9/11 and, because of this, in 2002, they established the Michelle Renee Bratton Foundation to provide college scholarships for children who live in Orange, Sullivan and Ulster counties.

The culmination of Michael and Erin’s experiences led to the creation of the Michael and Erin Martucci Family Foundation and drive its mission to inspire and empower members of the community to develop innovative ideas to address the many needs of children and adults in the Hudson Valley and Catskills regions. Through a partnership with the Community Foundation of Orange and Sullivan, the family has committed to donate a total of $250,000 during its first three years to organizations that seek additional funding to bring those ideas to fruition. Whether they offer education programs to the region’s youth, promote the safety and success of women and children, generate jobs in areas of economic distress or support the preservation of open space and agriculture, the opportunities for positive change in the local communities are limitless.